Malekula is the most culturally diverse island in Vanuatu. There are over 30 languages spoken around the island. Geographically, it is the second largest island after Santo.

Malekula’s Kastom (traditional) culture is diverse and intriguing. You will experience the traditions of the Small Nambas, Big Nambas, and learn of their cannibal past.

The odd thing about Malekula is that travelers just don’t seem to know about it yet.

As you ride down a badly potholed road in a back of a pick-up truck, locals will look on curiously then wave with a huge smile, eager to have a chat with you.

The lack of facilities on Malelkula does not make travel any easier. Getting around the island is an adventure, and frustrating at times. You will likely exhaust all transport options including; taxis, pick-up truck, van, speedboat, dinghy, cargo ship, and plane. Learn more about those transport options in my Vanuatu travel guide here.

To travel Malekula is an eye-opening experience. It will make you appreciate many first world comforts like electricity supply, sealed roads, cold beer, refrigerators, and mobile phone coverage.

When you leave Malekula, you will already be planning your next trip back.

Do I have you interested? Here is a brief overview to travel in Malekula. 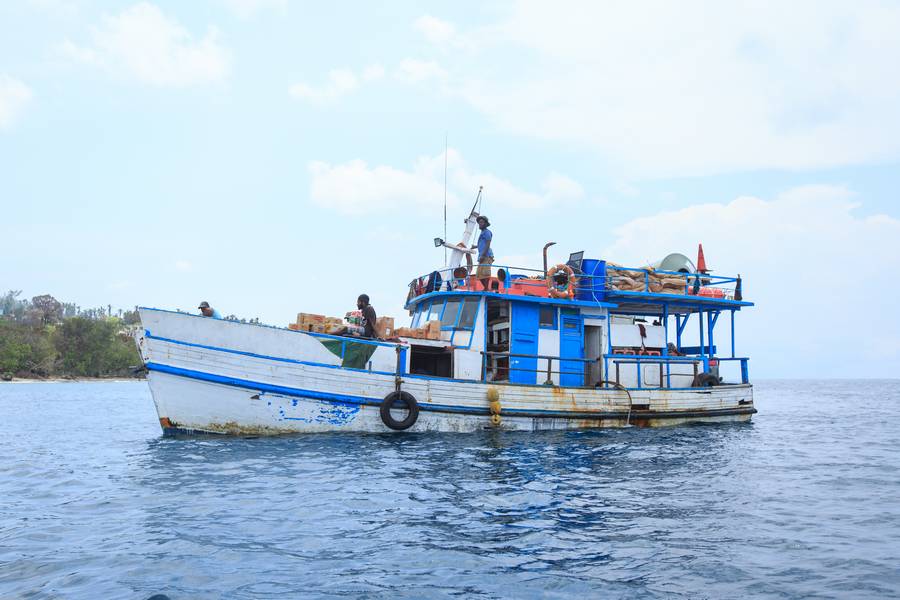 This small village is no more than a cargo port. It will be your likely entry point to Malekula if arriving by cargo boat from Santo or Port Vila.

Getting from Litz Litz to the villages along the north coast of Malekula is an easy ride in the back of a pick-up truck. Flag down a passing vehicle, or ask the locals for assistance.

Lakatoro is the largest village on the north coast of Malekula. There is a supermarket, fresh market, handicrafts store and the provincial travel office Malampa travel. Lakatoro is the best place to stock up on snacks and drinks for between meal times.

Malampa (Malekula-Ambrym-Paama) is the provincial tourism headquarters. The building is located is an obscure out of the way location here. Drop in for some information on additional things to do in Malekula.

At Malampa travel you can arrange for guides to hikes such as Ambrym’s volcanoes, and the bushman trail. You can also arrange for a trip to the Small Nambas, Big Nambas and Cannibal sites. I suggest you actually check my other articles for direct bookings.

Nosrup is located just 15 minutes up the road from Lakatoro. This is where the main airport for northern Malekula is located. You can fly out of here to domestic destinations such as Ambrym, Santo, and Port Vila.

The beach at Norsup is a popular destination for finding dugongs (locally called cowfish or sea cows). The beach is not the most beautiful you will find in northern Malekula, but well worth a swim if you are looking for dugongs in Vanuatu.

The best way to experience Nosrup culture is to stay at the Nabelchel Guesthouse. The owner Hosse named the guesthouse after the first names of his three children. He will be more than happy to take you out to a jungle Nakamal (Kava Bar) for a few shells at 100 Vatu each. Have three shells here in Norsup and you will be walking back sideways.

Ask Hosse to arrange a trip to Losinwei Waterfalls or the Small Nambas Cultural Tour.

There is a nice small restaurant across the road from Norsup airport run by a man called Colin. Drop in and ask for his special dish, stir-fried freshwater prawns. Tell him that Josh from Australia said hi! 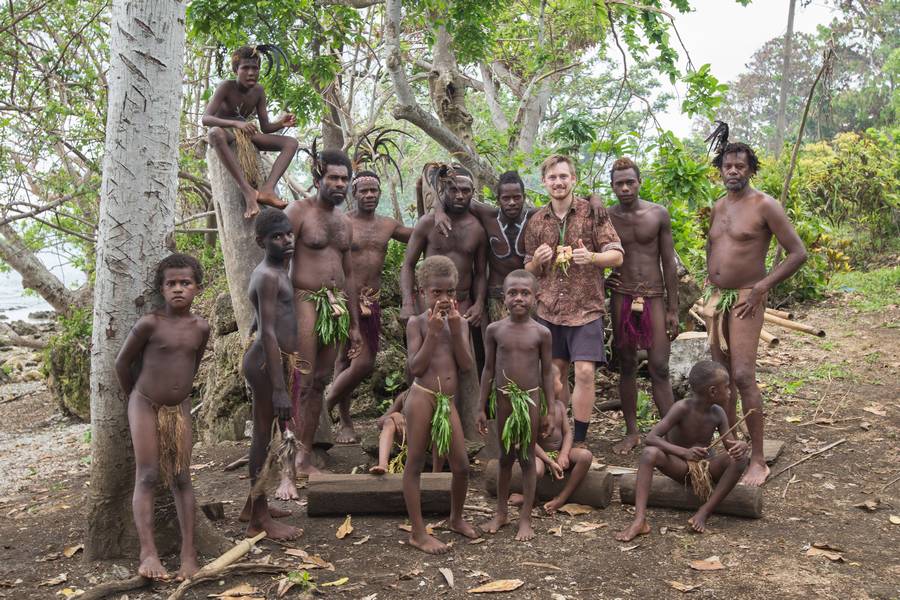 Rano is a small village located about 30 minutes north of Norsup. Make a day trip here from Norsup for the Small Nambas Cultural Tour.

To be clear, the people in Malekula do not live full time in the traditional Kastom way. Wherever you look, you will not find this. The lifestyle changed since the arrival of the Missionaries in the mid-1960’s.

The Small Nambas Cultural Tour in Malekula is a display of their local culture, which has been passed down through generations. The people will show you their past time way of life including; ceremonial dances, traditional cooking methods, fire starting and sand drawings. They are proud of the culture and happy to share this with you.

After the Small Nambas Cultural Tour, you will be taken to Rano Island. Here you will walk through small villages and jungle tracks until you reach a cannibal site. There is an area marked by Kastom stones where traditional dances were once performed and a cooking area with a pile of human bones.

Cannibal activity remained on the island up until the mid-1960’s, until the missionaries arrived. The story goes that the last person eaten in the area was a tourist from New Zealand who was taken outside of a guesthouse in central Malekula. 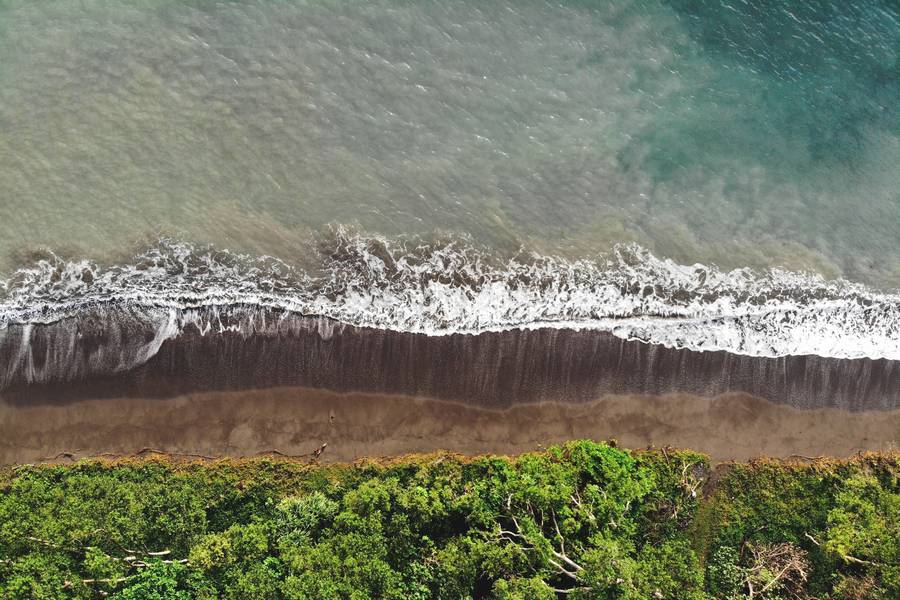 Atchin is a small coastal village and island further along the north coast. It is about a 45 minute trip to Norsup by truck.

Atchin has the most beautiful black sand volcanic beach in Vanuatu. The beach is good for swimming, spotting dugongs, and taking an outrigger canoe out for a ride with a local.

The locals may warn you about sharks in the area. There was one shark attack on tourist back in the 1980’s, but none since.

Make a day trip over to Atchin island by outrigger canoe or speedboat. There is a small community who will be happy to invite you in. The kids on the island are always up for a game of soccer; just ask one of them and a game will be arranged in no time.

Here’s a video of the day I spent on Atchin Island looking for Dugongs with the locals. An experience not to forget. 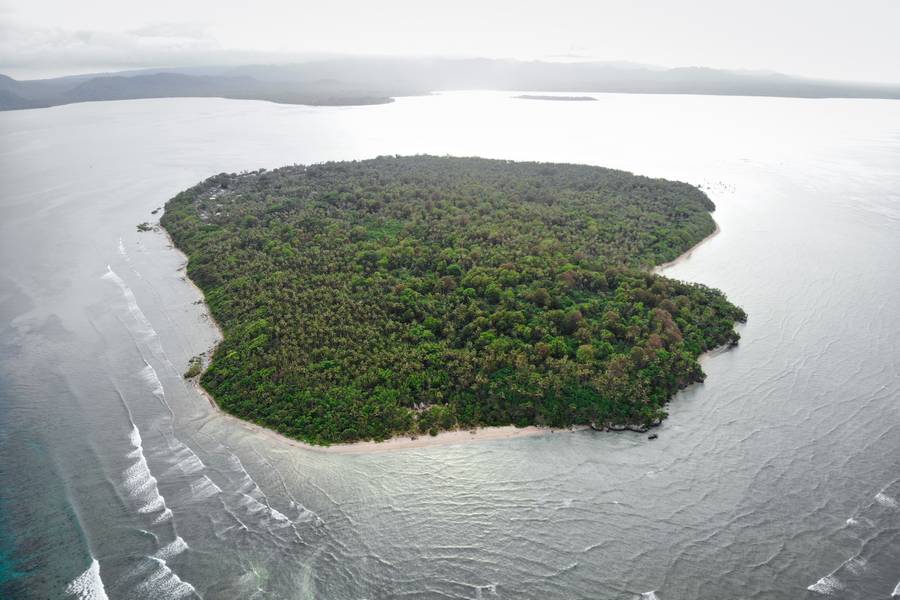 Uripiv is a small island located off the coast of Litz Litz with just 700 inhabitants. There are no roads or cars, just small dirt trails. There is no electricity supply, just a few solar panels, and phone reception only exists in one small part of the island near the main church.

There is only one guesthouse called the Nawov Freswind Bungalows. The owner Jaycinta will cook up some great meals while you stay at her secluded little beach. Check out my full review of Uripiv Island.

Other Destinations in Malekula

There are two popular waterfalls in the north called Botko and Losinwei. Arrange a trip to these with the owner of Nabelchel guesthouse.

Other destinations in the south of Malekula include; South West Bay,

Air – There are two domestic airports in Maleukula, Norsup in the north and Lamap in the south. There are regular, but not daily, flights to Malekula from Port Vila and Santo.

Sea – There are cargo boats traveling from Santo to Malekula on a daily basis. The larger boats such as Big Sista, Vanuatu Cargo, and Vanuatu Ferry each run once per week.

For additional smaller cargo boats, head down to the port in Santo and ask around. Boats from Santo to Malekula (Litz Litz) range from 2000 to 4000 Vatu. Read more about my trip on a cargo boat in Vanuatu here. It is a unique and amazing experience not to be forgotten.

Big Sista, Vanuatu Cargo, and Vanuatu Ferry run from Port Vila to Malekua. You will need to call each boat service for the latest schedule.

Note: boat schedules in Vanuatu change quickly and without warning. Boats are easily delayed by hours or days and often canceled due to stormy weather.

Road – The best way to get around Malekula is by pick-up truck or van. Flag down a vehicle on the road to ask where they are going. If on the same route, most trips will cost between 200 and 500 vatu.

Weekends are much more difficult to find a vehicle as most people attend church and family events. Try to plan your long distance travels on a weekday. Otherwise, you can charter a vehicle through your guesthouse, but it will be much more expensive.

The price of charter trips start at about 3000 vatu and increase with the distance traveled.

In early 2018 the road from Litz Litz to Lamap has been badly damaged and flooded by cyclone Hola. Travel from the north to the south by road is difficult, expensive and takes a long time.

Sea – Small taxi boats service most islands off the coast of Malekula. A one-way trip will cost about 100 vatu to Atchin island (5 minutes) and 200 vatu to Uripiv island (25 minutes).

Larger boats run between Lambubu and South West Bay every two to three days. Ask your guesthouse owner for more details on the latest boat schedule.

Dengue and Malaria in Malekula

Dengue Fever and Malaria are common in Malekula. Every local I asked has had malaria at some point, not many have had dengue fever but are aware of it.

Always wear insect repellant, sleep with a mosquito net and burn a mosquito coil in your room as you go to sleep. I carried a packet of mosquito coils with me, just as a precautionary measure.

Where to next in Vanuatu?

AWESOME things to do in Vanuatu Before my recent trip to this small island nation, I have no idea there would be so many things 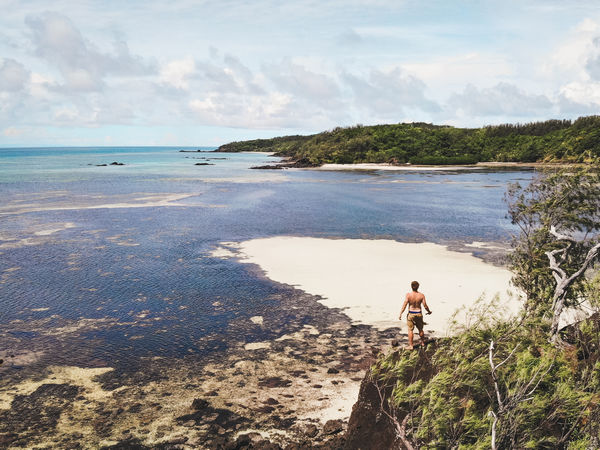