You Need to Try This 10 Day Taiwan Travel Itinerary

In this 10 day Taiwan travel itinerary you will experience a diverse Asian country. Taiwan is super accessible so really easy to travel around. It has very friendly people, loads of amazing destinations, and incredible food, yet it is still hugely underrated.

During your 10 days in Taiwan, you will explore the busy streets of Taipei, hike the mountains in Taroko National Park, surf the waves in Kenting and explore the ancient Anping fortress of Tainan.

If you don’t know what to do in Taiwan, then you have to read on. Taiwan is a small island nation, with a huge list of attractions to offer.

Day One: Arrival in Taipei 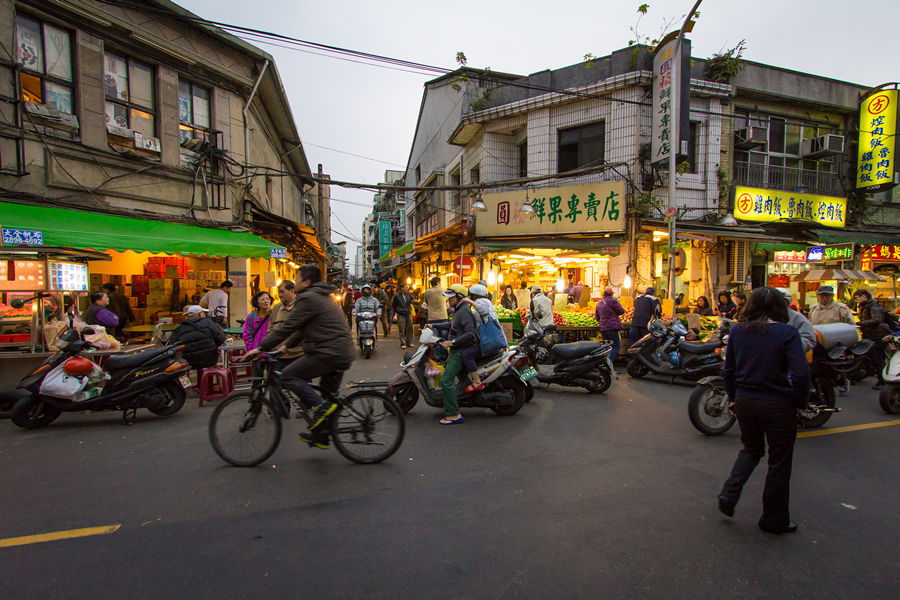 Taipei, situated on the northern tip of Taiwan, is the country’s capital. This huge sprawling city is home to over 6 million people making it one of the largest cities in Asia. Taipei has a cool climate in the winter. It is advisable to pack some warm clothing.

One of the best ways to soak in the atmosphere of a large city like Taipei is to just wander the streets for a few hours. Forget about the maps and the guidebooks, get on your shoes and pull out a camera. Taipei is a pretty photogenic city.

Stay in Taipei: Hotels in Taipei under $50

After a long walk around the city, it is time to fill up on some local foods. In recent times Din Tai Fung has become a well-respected name for Dim Sum, and this is where it all started. Located in the city center behind a hole in the wall, the only thing giving this restaurant away is the line of people trying to get in.

Once in don’t be surprised to find yourself sharing a table with some strangers, who just like you want a bit of the action. Din Tai Fung serves up some amazing dishes such as the such as the Xiao Long Bao and other tasty dumplings. 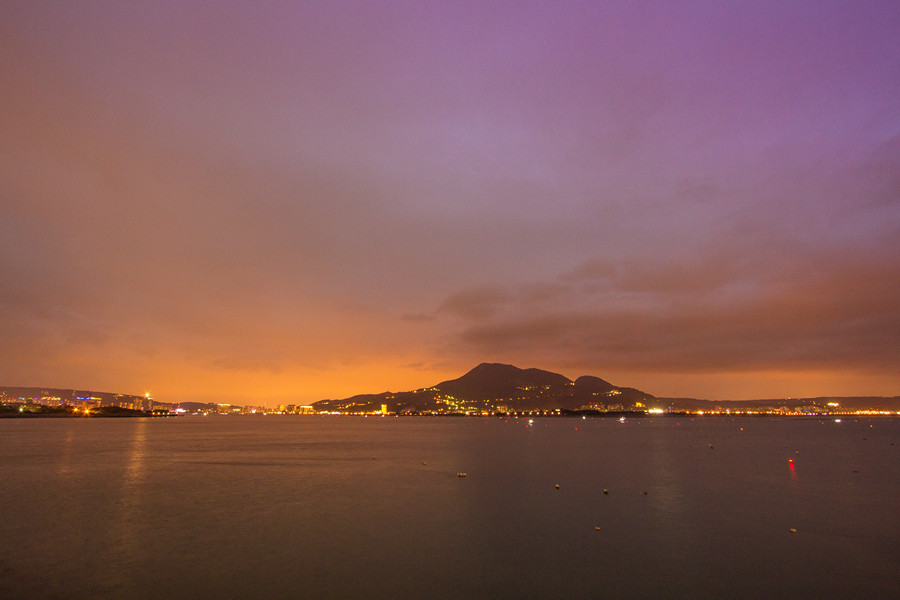 From afar small houses and stack above one another in an almost slum-like appearance. However, under closer inspection, the enclave is a fairly organized artist community, houses and art galleries intermingled with a network of small winding pathways. A vegetable garden lies in place of a carpark and a cycle track replaces a road.

In the afternoon venture out further to take a walk along the harbor promenade at Keelung.

On the map, Keelung City appears as a separate city from Taipei. It is really part of the same sprawling urbanization. Keelung is a popular destination for locals to visit on a sunny weekend, strolling along the harbor promenade, snapping a bunch of selfies and eating in a wide range of restaurants.

The most impressive time I found to visit Keelung was in the afternoon, watching the sun to settle down over the mountains and the harbor lights beginning to switch on.

Opposite Keelung, you can also explore Bali Island with more information available in my detailed guide to Taipei. 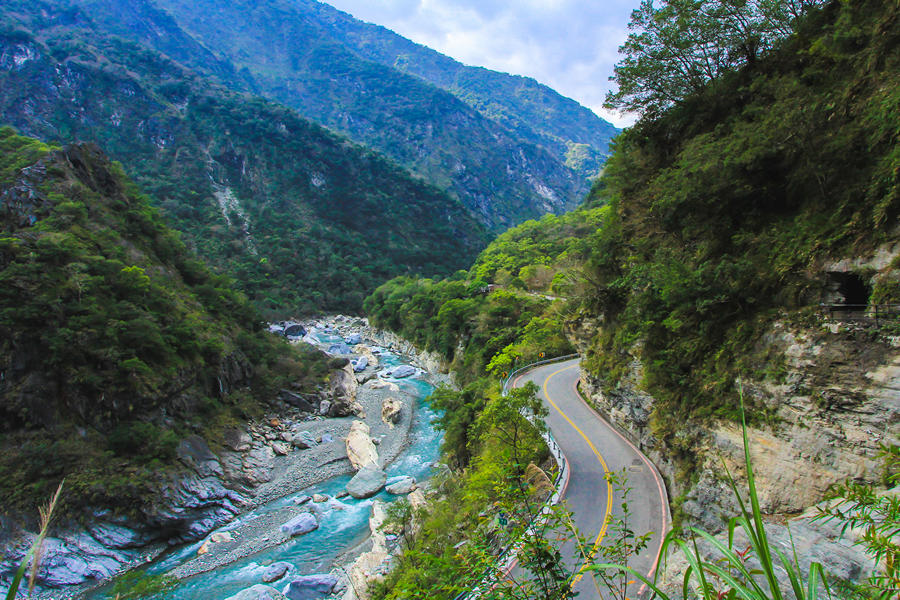 Hiking enthusiasts get ready! One of the mandatory attractions in Taiwan is the Taroko National Park. The best way to explore the national park is to spend at least two days and one night there.

Before you go out hiking, drop your bags off at Yu’s Homestay B&B you’ll be thankful not to carry them around all day.

You can easily spend two days exploring the hiking trails in Taroko National Park. Enjoy amazing views of the Taiwanese countryside and Taroko Gorge. In the afternoon head to the Wenshan Hot Spring. This entirely natural hot spring is the perfect spot to soak away and relax those worn out hiking legs.

Days 6 to 8: Head South to the Beaches in Kenting 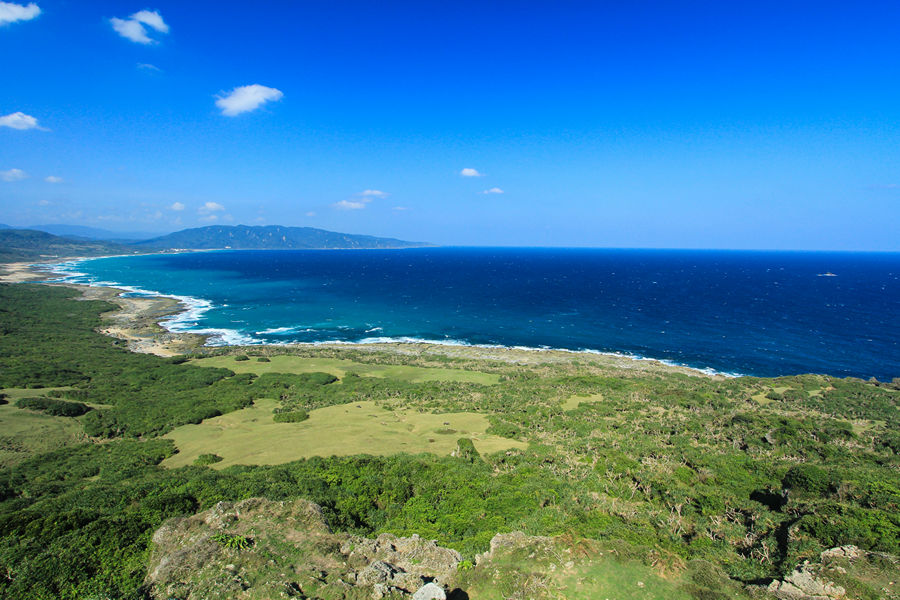 The next leg in this 10 day Taiwan travel itinerary, is to shoot down to Kenting on the southern tip of the island.

After a week in Taipei and Taroko National Park, it is nice to have a warm climate change down by the beach. Kenting feels like an endless summer with bright sunny days. The weather here is a good 10 degrees warmer than Taipei, an impressive difference for such a small country.

Stay in Kenting: Hotels Near the Beach

Put the jackets and hiking boots to the side and pull on a wetsuit. While the water is still fairly cold here, Kenting is the most popular spot for the Taiwanese to surf.

One of the best ways to see the southern end of Taiwan is by renting a motorbike for a day or two. Ride out of the town along the coastal rods to discover beautiful beaches, coral coastlines and sweeping views of the ocean from the winding mountain roads.

Motorbikes can easily be rented on the main strip in Kenting by showing a driver’s license from your home country and putting a passport down as a deposit.

Days 9 and 10: Tainan the Ancient Capital 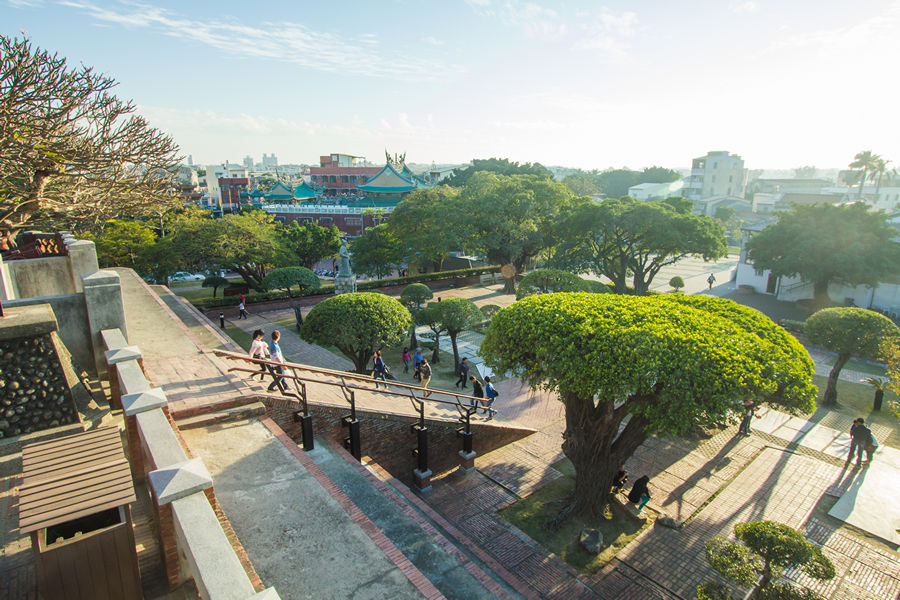 The city of Tainan is the last stop in this quick Taiwan travel itinerary. Tainan is located halfway up the east coast of Taiwan and is actually regarded as the birthplace of Taiwan.

Tainan is the oldest city in the country formed in 1661 when the Taiwanese drove the Dutch settlements out of this part of Taiwan. Tainan then continued as the country’s capital city through to the late 19th century.

Located to the west of the city is the ancient Anping Fort and Eternal Fortress. This was originally built by the Dutch in 1624 when It was still called  Fort Zeelandia.

The best way of getting to the Anping Fort is by public bus Number 2 from Tainan train station. Walking here could take a very long time.

Another interesting thing to do in Tainan is to cruise through the Sihcao Green Tunnel on a bamboo raft. The green tunnel is a set of densely grown mangroves which have been cultivated in a way to give the appearance of a natural tunnel. Entry is 200 NTD (USD 6.50).

On your next day in Tainan head out to the Qigu Salt fields. In the past times, this was the largest solar salt filed in Taiwan. The salt industry is now a thing of the past, however, the remaining mountain stands at the same height of a 6 story building. The salt field provides a good insight into the historical industry of Taiwan.

This Taiwan travel itinerary does not cover the whole of the country, in fact, it is missing the entire north-west section. For an alternate route head over to Treksplorer’s post on What to Do in Taiwan in 10 Days or Less.

What do you love about Taiwan? Drop me a comment below!

Want To Go? Pin It First! 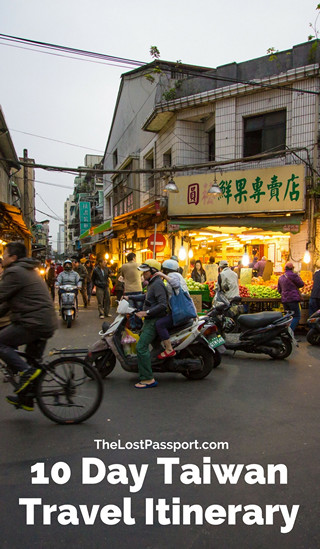 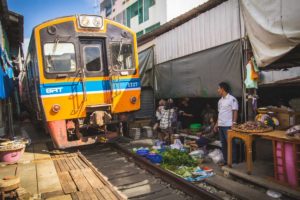 Maeklong Railway Market Bangkok, Thailand It’s no secret that I love exploring markets around Bangkok. There are so many to choose from. You’ll find floating 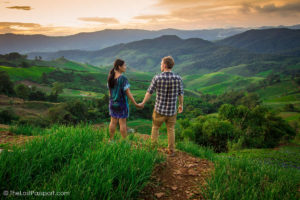 25 Things to do in Chiang Rai, Thailand

10 Great Things to do in Taipei, Taiwan

Top Things to do in Taipei, Taiwan Taipei is the capital and largest city on the island of Taiwan. It is quite commonly the entry 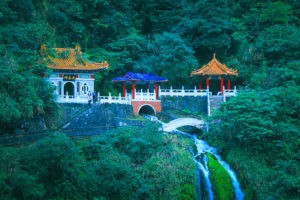 What to do in Taroko National Park

6 thoughts on “10 Day Taiwan Travel Itinerary You Must Try”